Welcome to the first edition of CloutTrends – your weekly must read for BitClout trends.

In the beginning there was a barrage of social media platforms and media outlets vying for attention. A cacophony arose and there was no way to filter the signal from the noise. Corporations had gained too much control so the people created a better future...

...and BitClout was born!

1. It's early days - currently in the “Innovators / Tech Enthusiasts” segment of the Technology Adoption Curve.
BitClout early adopters are a special group thus far and full of positivity. Per @naval on Clubhouse “the people on there seem very well behaved”.

2. Investment Platform or Social Network? BitClout has it all - investing, creating, or general use social media. It is not simply a two-sided marketplace of investors and creators. The lines are blurred between user/creator/investor. One can be all.

3. Challenges remain, but optimism is high. Still can’t remove money from the platform(not officially but a few exchange products are in beta). Not enough support for women. Some key features are missing. Adoption rate is slowing.

It’s the early days of BitClout and so far it is impressive.
Why does it matter that it is early? Because this is when all the use cases and potential implications are being figured out. Some of the magic on the platform is that it almost feels like being part of a founding team.

Where are we on the technology adoption curve? We are in the first segment “Innovators/Tech Enthusiasts”. How do I know? Mainly by the current user numbers. As of writing this there are 139,636 users or “creators” which represents less than 0.05% of Twitter’s users. 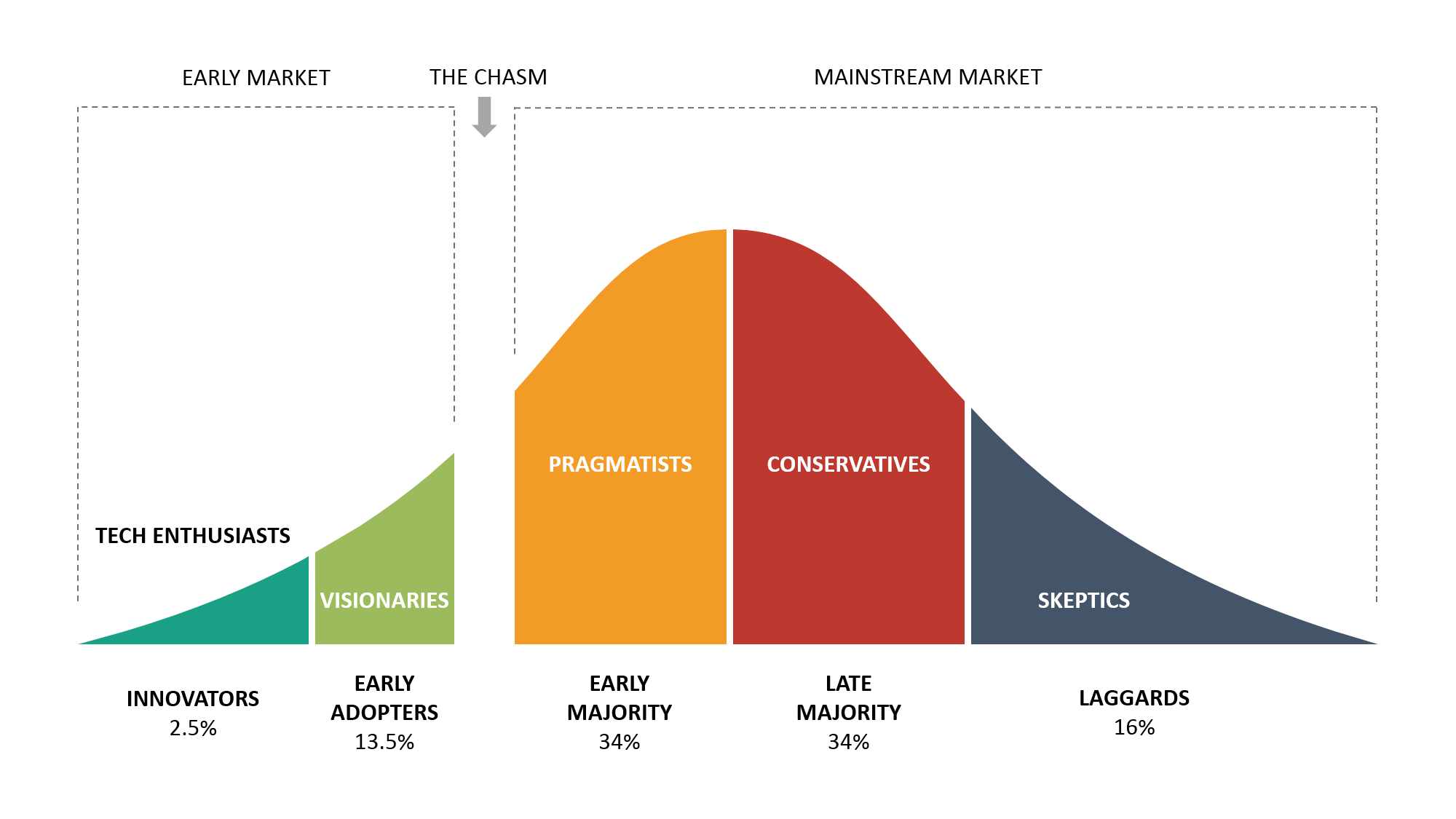 BitClout has been an overwhelmingly positive community (in contrast to other social media platforms).

This is something that I have observed to be directionally true. I did not run any sentiment language models on the posts, but I scrolled through the global feed over a few days and observed many users discussing how much positivity they have experienced on the platform.

A looming question is if this is transient or if it will persist.

Because it is early changes come quickly – even as I am editing this there has been a change to the founder reward. It used to be that the founder reward(the percentage of coins allotted to the creator during each buy) only applied to net new buys. Now it applies to all buys (I created a diagram below to help illustrate). 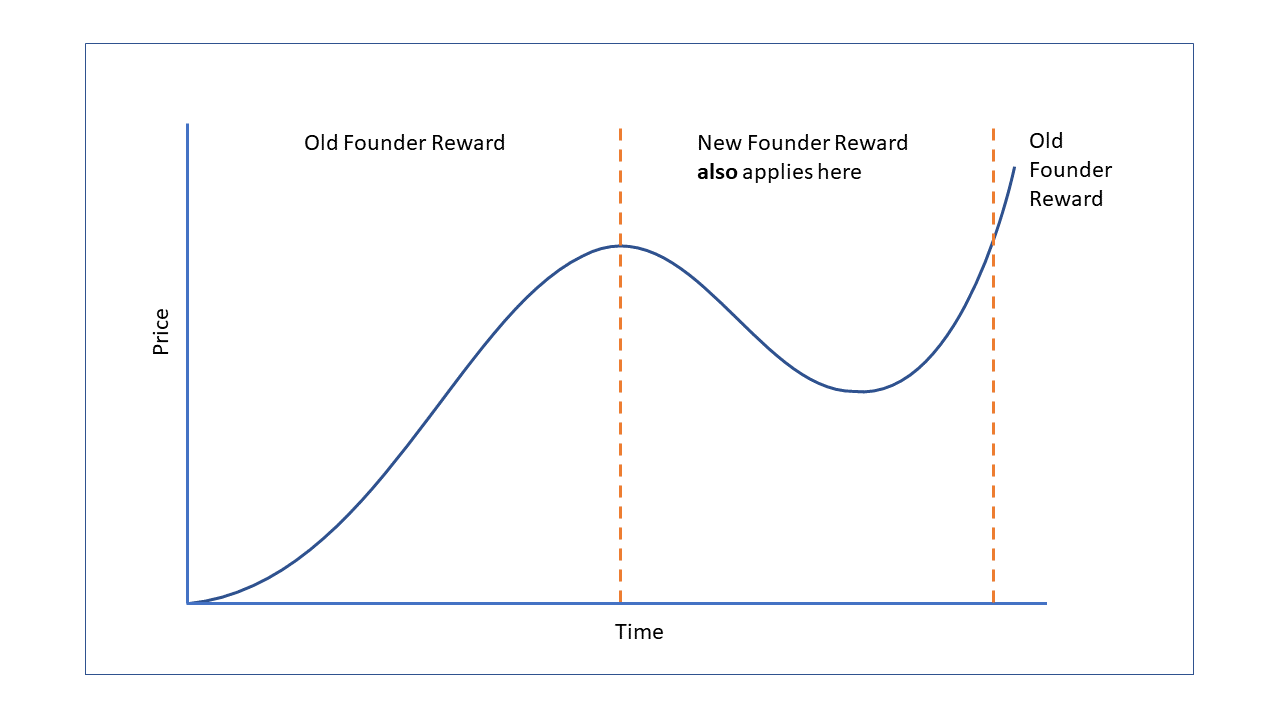 Is BitClout for investing or creating or general use social media?
Simple answer is it can be used in any way a user chooses. There is no central authority that dictates how BitClout should be used.

Inherent investing component: Since the platform is powered by the $BitClout token which is purchased via Bitcoin there is already some opportunity cost that must be factored in. Furthermore, the fact that investing in creator coins is a sign of support might have some users investing when they wouldn’t otherwise be simply to signal support. There is also the potential price appreciation in $BitClout. See my most recent one-year price estimates here.

Creator requirement? There is no requirement that a user must create content. Users can be passive observers/learners and can engage or create at their own discretion. This is very similar to other social media platforms but now there is a $$$ amount attached to a profile and some may have concern about their coin price.

Given the investor/creator user duality when there is chaos in the public stock market (or just down days) this seems to correlate with less content being created on the platform. This insight is just qualitative for now since there is not enough data history to get a result of significance. I did run the correlation of total daily posts with the NASDAQ and there was a high correlation, but I am not publishing the exact numbers because this could be misleading at this point in time.

A replacement for other social media platforms? BitClout has yet to be used as a very general social media platform but this is likely because the audience size is still relatively small. Also, better photo and video sharing capabilities might be required first. But it doesn’t have to be an all or nothing decision and some are using multiple platforms already. See the Visual Capitalist graphic below that shows how teen preferences have changed over time. 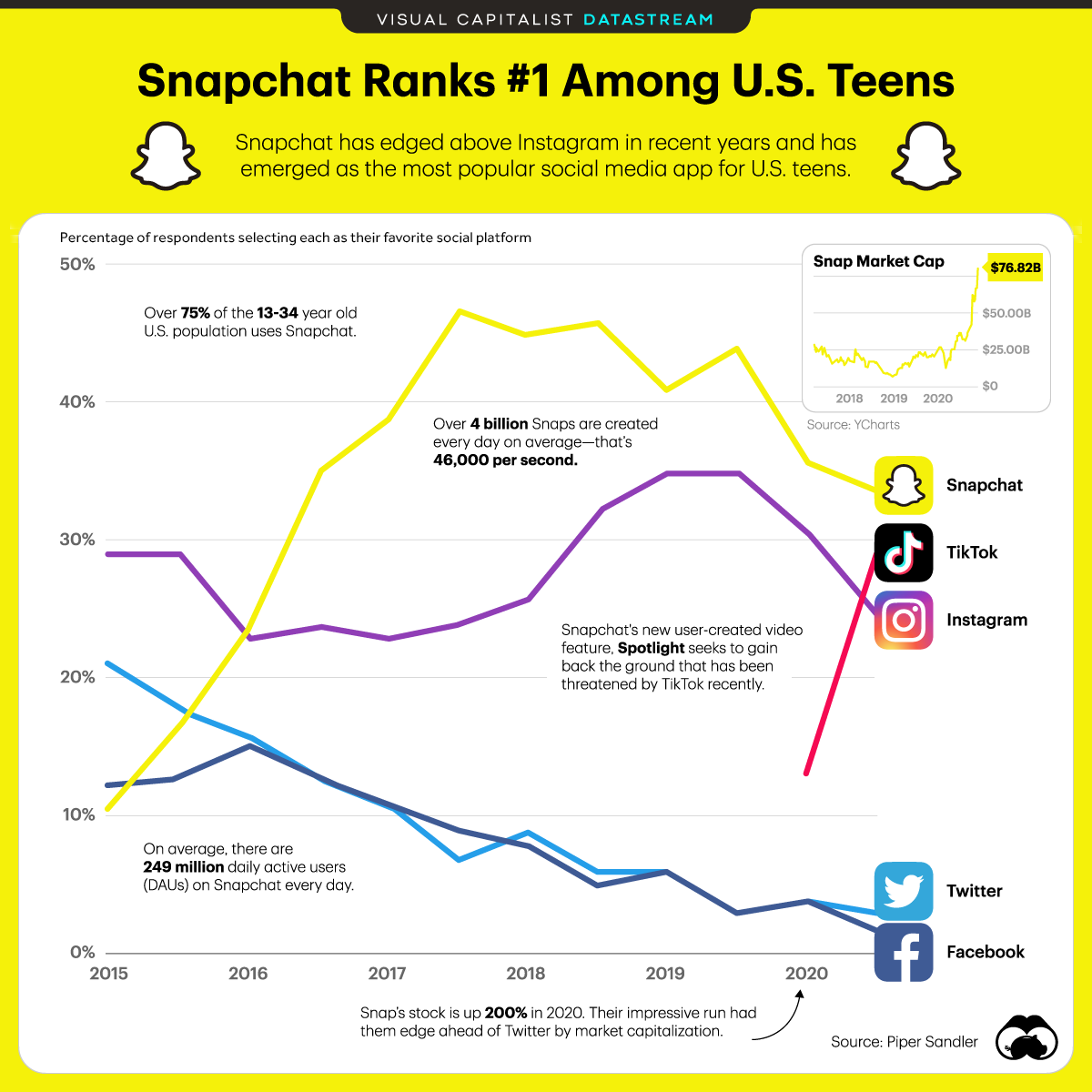 What are the challenges facing BitClout?
A quick disclaimer is that growing pains are to be expected and these are not meant to present a negative view of the platform. Remember what I said at the beginning - it is early days and things are still being shaped.

Fake accounts - There are many different forms of these fake accounts. Some are bots that purchase creator coins immediately before anyone else can(or even before the creator themselves can). Some are accounts that impersonate well known individuals. Here is one of my early followers. I don’t recall ever meeting Steve and I don't believe this was him(but if the real Steve Case is reading this feel free to reach out).

Or any Shark Tank fans? I also received this Shark as a follower…

Not enough support of women on the platform.

The quick evidence for this is that the “Top Weekly Creators” section has yet to list a woman other than @arianagrande who is not on the platform currently. Furthermore, there is mention of the “BitClout Boys” everywhere… luckily we have an emerging group of self-proclaimed “BitClout Babes” that appears to be @samiudell @valegenta @helenowen @renatavc @pamelaanderson @trademeproject. Or a potential group forming @SpiceClouts? Let’s support them all!

Slowing adoption – This will likely be cyclical but what are all the current BitClout users going to do to help onboard their peers? Below you can see the daily new creator count has plateaued a bit and if we want to keep a constant growth rate this number has to go up each day. 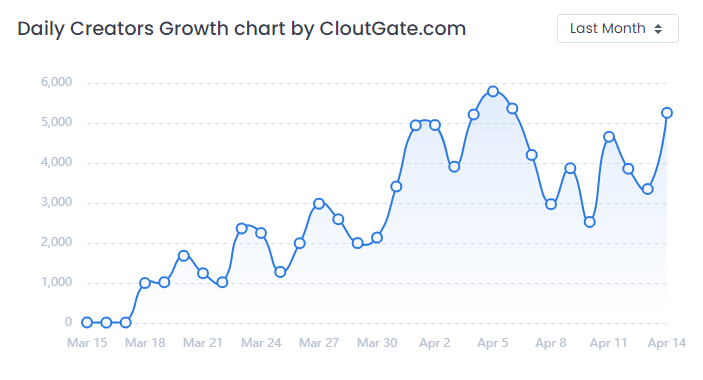 I will address the other issues of moving money and heavily requested features next time.

This first edition is available to all. If you would like to continue reading weekly please subscribe and head over to @CloutTrends and become a coin holder.