2. Founders Reward in $BCLT
The Founder Reward, or percentage paid to the Creator for all new coin purchases, is now paid in $BitClout instead of the Creator’s own coin. This is broadly seen as a positive change providing clarity to Creators how they make money on BitClout.

3. Better "Top Weekly Creator" list needed
There are mostly the same 10 weekly c¬reators each week, of which only 3 are on the platform. This is because it is simply the creators with the 10 highest coin prices. This is important to address for adoption because it is the starting point for who to follow. It likely hasn’t been addressed yet because it isn’t a core feature of BitClout but just the BitClout.com front-end and could be improved on another node(recall that anyone can run a node now).

The concept is fairly simple, leave a tip for a good post. But when to “like” and when to tip? Some believe that the diamond feature should have completely replaced the “like” functionality. This would be feasible given that giving a single diamond is just $0.01. See the available options below: 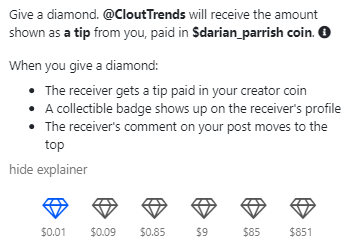 Others such as the @Krassenstein brothers think there are more uses for diamonds thinking beyond just a single post:

There has been a broad concern that maybe too many features are being rolled out without first hardening the core functions and use cases. There are reoccurring issues with notifications which are an important cue to engage and should likely be fixed sooner than later.

I think the diamond feature could have just replaced the “like” feature. In other words:

Creators now receive their Founder Reward in $BCLT(the ticker version of $BitClout).
This has been broad well received but let’s take a look at the pros vs. cons:

I think the clarity on how to make money is the most important aspect for creators. This change also seems to have caused an increase in daily active usage. 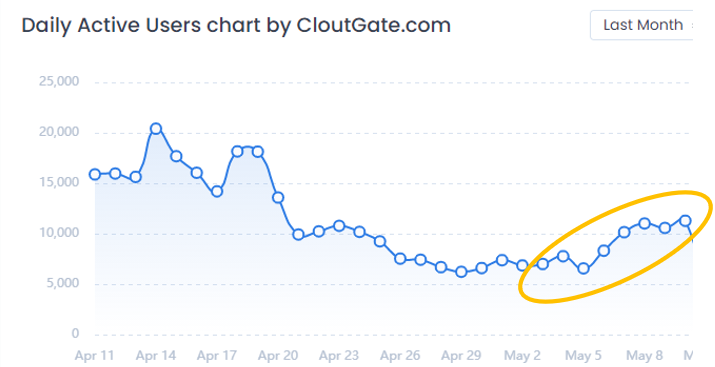 How to better showcase the top Creators?
It has been known to all current BitClout users that the Top Weekly Creators section is useless. But what signal does this send to new users that have just joined and are considering whether or not to adopt the platform?

@adamceresko summarizes some of the main problems: 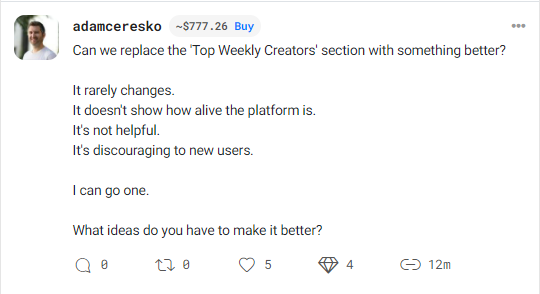 I think the main rebuttal is that this could be handled on another node or BitClout project and is not a core feature of BitClout. But aren’t most users signing up and starting at BitClout.com?

Another rebuttal is that there is no perfect filter to provide the best results in this section. How about a simple toggle or filter buttons with other simple possibilities: “By Reclouts” “By Posts” “By Diamonds”. That could look something like this: 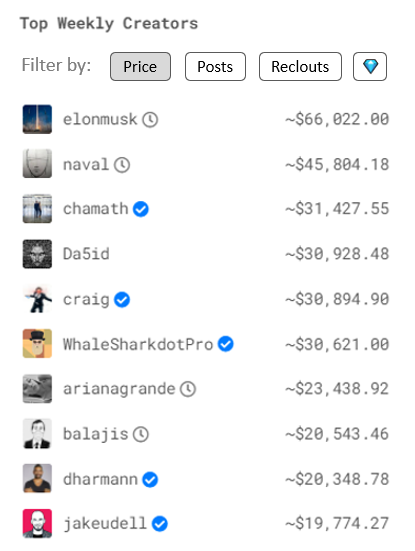 Who has some other filter suggestions?